The 2nd. Goring & Streatley BBS Scout Group proved it again, not only are they the Scout Troop to win the last time (three times all together) the ‘Smartest Traditionally Uniformed Scout Troop in England’ competition that was annually organised, and therefore have retain the trophy as seen in the photograph, now their smartness has also been recognised and acknowledged by a leading pottery company who researched the internet and decided to make an almost exact replica of our Scouts in the form of a 25cm (10”) high Meerkat fully dressed in our Scout Troop uniform, including in great detail the BBS Arrow badge, the ‘Tenderfoot’ investiture badge along with the ‘Order of World Scouts’ badge and of course. The ‘Order of World Scouts’ to which we belong, being the first and earliest world scout organisation founded in 1911, that later Baden-Powell copied for his Baden-Powell Scout organisation. 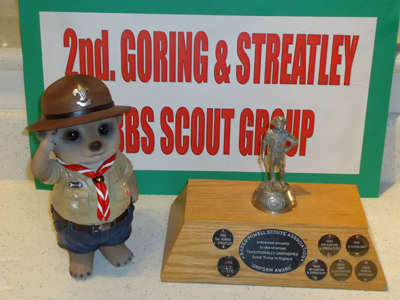 Baden-Powell stated that ‘Show me a poorly uniformed troop and I’ll show you a poorly uniformed leader’ and also ‘The Scoutmaster teaches scouts by doing so himself’, unfortunately today the other scout associations have discarded smart uniform or any uniform at all and thereby greatly departed from the standards set by their founder Lord Baden-Powell. Unlike the BBS who maintain Baden-Powell’s high standards of smartness in uniform that breeds pride in appearance, self-discipline, feeling of belonging and respect, that our leaders definitely lead from the front on, as the general public often comment very favourably to our members. 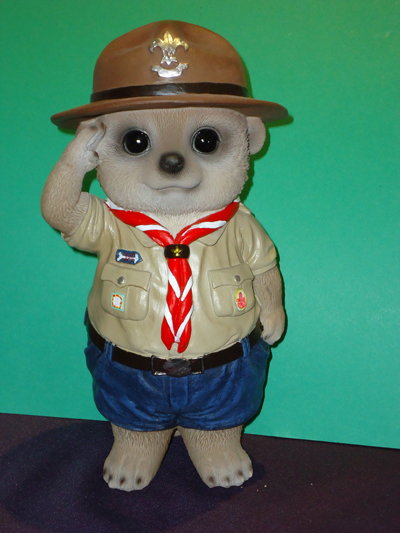